Posted by admin on September 2, 2018 in Recent, The Artists, Virginia | 3 comments 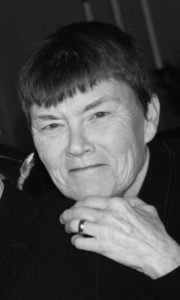 Virginia Rice Sircy was Professor of Music at Cameron University (Lawton, Oklahoma). Before coming to Cameron, she taught at Mississippi College, Clinton MS, and William Woods College, Fulton MO. Dr. Sircy holds three degrees in piano performance. She has been soloist for two piano premieres, the Sonata of Charles Knox and the Mirror Etudes of Vincent Persichetti. The Mirror Etudes were commissioned for the dedication of the Louise D. McMahon Fine Arts Complex at Cameron University and were performed on that occasion. She made her fifth solo appearance with the Lawton Philharmonic Orchestra in November 2006, in a performance of Gershwin’s Rhapsody in Blue under the baton of Jon Kalbfleisch, LPO conductor.

Virginia Sircy has been an active chamber music performer, including collaborations with Eudice Shapiro, violin; Gilbert Reese, cellist; Richard Lalli, baritone; and artists from the Joan Riley Agency. While at Cameron, she was a founding member of Trio Southwest and the St. Andrew’s Trio. In the fall of 2007, Dr. Sircy conducted two performances of Haydn’s Mass in Time of War in Great Falls and McLean VA. In May 2008, she served as music director and conductor for four performances of Benjamin Britten’s opera, Noye’s Fludde, a production that was co-produced by St. Francis Episcopal Church and Great Falls United Methodist and Revels Washington DC.

Dr. Sircy was most recently Music Director and Choirmaster/Organist at St. Francis Episcopal Church in Great Falls VA. Under her direction, the choir performed the Faure Requiem, Mozart Requiem and Solemn Vespers, Benjamin Britten’s Ceremony of Carols, the Peaceable Kingdom by Randall Thompson, and the Vivaldi Gloria. In December 2011, she led the choir and orchestra at St Francis Episcopal church in a performance of Bach’s Magnificat. She has recently completed her twenty-sixth year as a member of the Oklahoma Summer Arts Institute faculty. The institute offers a fine arts program for talented Oklahoma high school students who are selected through a statewide competitive audition process for a two-week, intensive arts academy every summer.