Home » The Artists » About William Heim 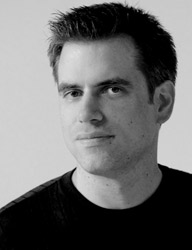 From innovative performances of Mozart and Handel to the contemporary American concert and stage repertoire, baritone William Heim continues to attract critical attention and acclaim. The Baltimore Sun hailed him as “[one] of the most engaging vocalists based in the area.” The Washington Post declared Mr. Heim “an exemplary Count” (Le Nozze di Figaro), “…clearly chosen for his acting skills as much as vocal ability, with gratifying results.” Recent engagements for Mr. Heim include Sam in Berstein’s Trouble in Tahiti, Murullo in Verdi’s Rigolelo and Stravinsky’s Renard with Opera Vivente, as well as Count Almaviva in The Marriage of Figaro with the In Series (Washington, DC).

In Spring 2009 he appeared as Vicar Gedge with Opera Vivente in their production of Albert Herring. Mr. Heim made his role début with Baltimore Opera in their production of La Traviata and Dead Man Walking. Other stage highlights include Taddeo (An Italian Girl in Algiers), Strephon (Iolanthe), Nardo (La santa Giardiniera), Danilo (Merry Widow) and Falke (Die Fledermaus). Mr. Heim also made his New York début in 2004 at the Guggenheim Museum’s Works and Process series, as part of the premier of John Musto’s critically acclaimed opera Volpone with Wolf Trap Opera Company.