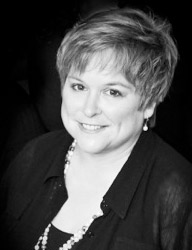 Equally comfortable on the concert and recital stage, Melissa Coombs has performed throughout the Eastern United States and in Europe. Her concert appearances have included Bach’s B-minor Mass, Händel’s “Alexander’s Feast” and Mozart’s Requiem. Ms. Coombs has been a featured soloist at the Maryland Händel Festival, presenting the North American premier of Maurice Greene’s cantata, Duristanti’s Farewell. She has also been a soloist at the Händel Festspiel in Halle, Germany.

As a recitalist, she has performed extensively as a soloist and with chamber ensembles. Most recently Ms. Coombs presented performances of Bach’s Cantata 51 “Jauchzett Gott in Allen Landen” and Scarlatti’s Arie for Soprano and Trumpet in Maryland, Virginia and Washington DC. She was the soprano soloist for the National Trumpet Competition, Historic Division, held at George Mason University. Ms. Coombs presented the world premier performances of both Emily Dickinson Songs and Days and Nights (a set of songs composed for her) by Lori Laitman at the Sumner School in Washington, D.C. Recent performances include Brahms’s Liebeslieder Walzer with the Suzanne Farrell Ballet at the Kennedy Center.